Advertising on Netflix, what should we Expect?

Netflix has recently announced it’s planning to implement a new entry level subscription tier, subsidised by adverts. The announcement came in response to its first net loss of subscribers in a decade. But how will it work?

The last few months have been stormy for streaming giant Netflix, and that’s putting it mildly. Consistent subscriber growth for over a decade as it expanded both domestically and in new international markets was always going to slow as saturation reached a peak. However, speculation that, for the first time in 10 years, its overall subscriber number would drop started to put doubts about continued growth in the minds of many investors back in December.

From a peak in November of around $700 a share, the price tumbled to around half that by late January. Then just a few days ago came official confirmation that Netflix may indeed have peaked with announcement of a loss of two hundred thousand subscribers over the previous period. When the bell rang for the opening of the New York Stock Exchange on Wednesday morning the streaming giant saw roughly 40% of its value wiped off the board erasing over $50 billion in a matter of hours. All in all, since November, Netflix has gone from a $305 billion company to a $96 billion company in less than half a year. 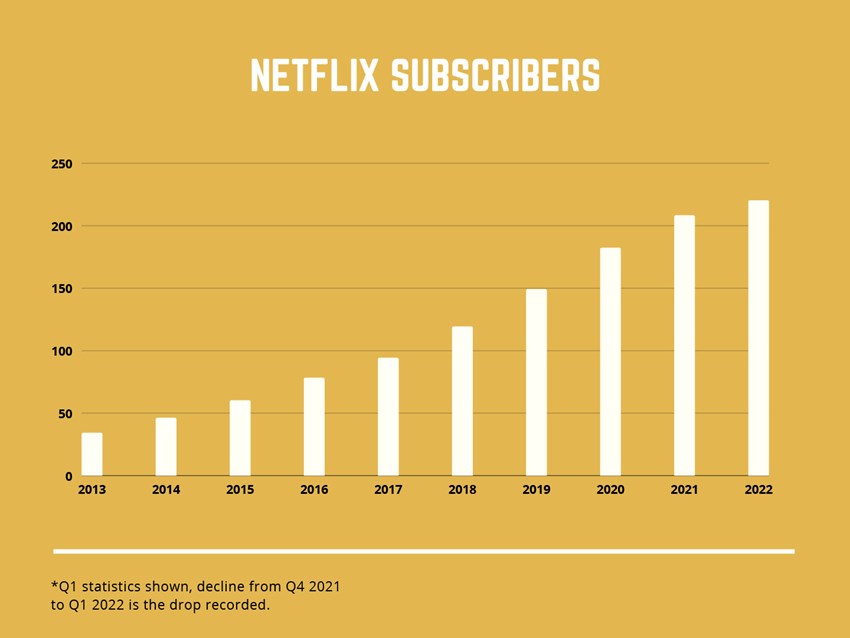 You couldn’t be blamed for thinking that the company was in danger of collapsing, such is the drama that’s unfolding. But this drop is more related to hyper-intensive speculation in the tech industry than anything else. Netflix remains by far the largest paid streaming service in terms of subscribers, revenue, and spending on new content. Nevertheless, the company has had to address the subscriber drop and how it plans to address continuing growth in an era of high saturation and increased competition from the likes of Amazon, Disney & Apple.

Ads of course! As Ironic as it is that a company that has grown to its incredible heights by revolutionising the television and film industry is turning to traditional revenue sources as a model for growth, it might not actually be a bad idea. Here’s a few reasons why.

YouTube. You see Netflix is only the largest “Paid” streaming service. In terms of both total users and hours watched per day, regardless of which set of statistics you choose to look at, Netflix is dwarfed by YouTube. YouTube offers its own premium services, constituting a strange hybrid of Netflix like original content, ad free access and the ability to stream music like Spotify, but the backbone of YouTube’s business model is in advertising revenue.

Netflix could implement a similar model to YouTube, though this will present challenges as Netflix isn’t nearly as advanced as Google when it comes to data gathering for optimisation of ad placements. Perhaps there could be a partnership in the making here. Google has never gotten the same traction in paid streaming as rivals Amazon or Apple. Perhaps expanding its ad network to Netflix will be an interesting way for them to compete with Amazon and Apple on Google’s own terms.

Cheap pricing was what enticed many people to join in the first place. During the years of rapid expansion one of the most appealing features of Netflix was its low pricing in comparison to premium television services. Access to a huge library of content for a mere $8 per month was tempting to many in 2014. 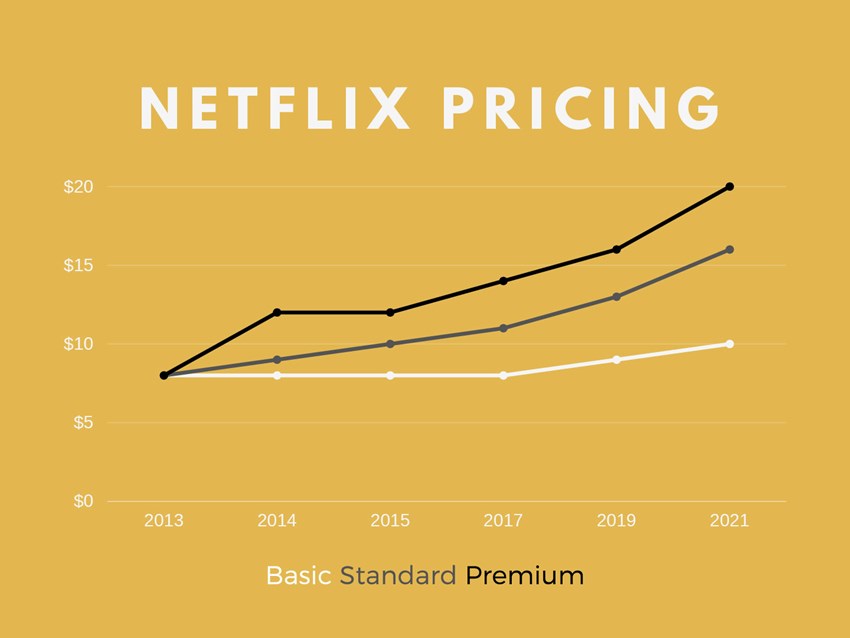 If Netflix is to offer a cheap entry level tier for subscribers, reminiscent of its pricing 8 years ago, with the condition that it can show adverts then perhaps some of those lost subscribers may be tempted to return. Perhaps some older users put off by having an additional service to their cable/satellite tv subscription will be finally persuaded to sign up for what will seem like a token fee. These new users are unlikely to find advertising as a jarring disruption to Netflix content as they are used to it on traditional live television.

Ad breaks in the middle of content aren’t the only potential way for Netflix to gain further revenue from its content. Many new shows and films on Netflix become huge cultural talking points when they’re first released, due to the sheer number of global users the platform has. There’s no reason that certain content can’t be specifically sponsored by certain brands or products. Product placement has been as commonplace on Netflix content as anywhere else however show/film sponsorships could run as an obvious prelude to popular shows. Think something along the lines of a ten second advertisement, “Emily in Paris brought to you by ASOS”, that sort of thing. It would be a lot less intrusive than other forms of video ads and could generate some decent revenue from sponsorships and collaborations.

Whatever form advertising takes it’ll be interesting to see the effect on subscriber numbers. Success will be measured on whether it can reverse the current trending decline.  There may however be reason to suspect adverts will damage the platform. Follow the Zen Agency of LinkedIn, we’ll be discussing potential shortcomings of advertising next week.

Page speed is becoming an increasingly important factor in the ranking of your site on Google. Here's all the details you need to know.

How to Fix the 4 Most Common Google Page Speed Problems

We look over the most common issues with Google Page Speed and how you can fix them to optimise your site and your SEO rankings.

Why Having a Robust Intranet is Key for Working From Home

Working from home has highlighted the need for having a solid online intranet for employees to access work resources from wherever they are.


Show more
We use cookies to personalise content and ads, to provide social media features and to analyse our traffic.
Learn more